After the cold and rainy season from April to August and early September the weather is getting hot and hotter. Sometimes it looks like it will rain in Nairobi but it is mostly sunny and hot, same as other parts of the Country but they get same rain.

The same trend is being experience in the political atmosphere as we are approaching next year’s elections.  The political temperature is getting hot and hotter as political parties are organizing their houses in readiness for nominations. Political leaders have started feeling the heat of reality downing on them that there is a possibility of losing their positions come the nominations.

To me it’s a time for political circus and drama that will get more interesting and annoying at the same time to watch, I call it the season for Kenya Political Soap Opera.

Enjoy and pray for peace.
Posted by Jamii at 2:57 PM 2 comments:

Email ThisBlogThis!Share to TwitterShare to FacebookShare to Pinterest
Labels: Kenya politicians, Kenyan politics, politics of hatred is worse than any other sin

I also looking forward to see what this Global Enterpreneurship Summit: GES 2015 that is bringing powerful leaders to Kenya will benefit us Kenyans.

Karibu nyumbani President Obama.
Posted by Jamii at 11:44 AM 6 comments: Rest in Peace Otieno Kajwang and deepest condolences to the family and his people.
Posted by Jamii at 4:30 PM 2 comments:

"Pastor" Kanyari now qualifies to be a politician 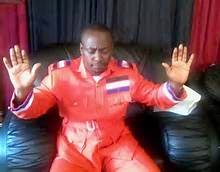 "Pastor" Kanyari son of "Pastor" Nduta (like mother like son) now qualifies to be a politician. Thanks to Jicho Pevu we now know about his Panda Mbegu business in Church. He has all the characteristics of a politicians its just that he was practicing them in the wrong organization. He should now take his skills to politics and drop the clergy title which does not suite him